What we must keep in mind in real estate and in life is that everything is relative. I remember as a gifted but unappreciative water polo player doing my weight routine at the Reno Elks Lodge prior to practice. I couldn’t help but notice and then quickly admire this phenom of an 80-year-old retired special forces operative do the slowest, unassisted pullups I had ever seen. His movements looked superhuman, even for an older man, he did not waiver. He did not shake, he showed no sign of fatigue nor of pain, just stoic consistency rep after rep. I said: “I could never do that! You’re incredible, that looks so hard, it has to be painful!” He responded back, without stopping his movement, not even slowing.

His knotty biceps bulged like those of an ancient Pinion they compressed elevating his whole body steadily: “Pain is relative.” My brow must have furrowed as often it did in need of clarity and he said, “Son, you say you can’t do this, but perhaps I light a fire beneath your feet to burn your flesh should you lose your grip on that bar… or perhaps if you drop before the fire goes out… everyone you love goes away.” I swallowed hard at the grim thought but his words echoed in my head and I got the message, “I guess I might surprise myself…” His eyes lit up, “and you would!” He jumped back on the bar for another set.

I’ve given you an anecdotal experience of the relativity of Pain. What is also relative is the tangible, individual impact of when and how you decide to buy or sell. Every agent whether they’ve witnessed it or not will tell you that “Timing is everything”; I would also say, “Don’t wait for the perfect time to buy your primary home, look for the best opportunity for sustainable, long-term happiness and the timing will follow.” Some people in 2023 will regain an opportunity to buy their first home while others will be faced with the decision of whether or not to sell their home, short sell their home or fight in out until foreclosure and then the bank sells your home. Therefore your real estate needs are very relative to your position and depend on your foresight to act timely.

The average American lives in their home about 6-8 years dependent on where you live in the country and how far from major cities. This is a long enough cycle to, at some point, go through real estate highs far beyond your purchase price. Timing. Relativity has broader application then pain alone but it’s the most important one I feel for realizing your own physical & mental strength, parameters that can be effected by our economy daily if we aren’t disciplined. Our market is a very relative thing whereas buyers tend to have short-term memory loss when deciding what to do with clickbait soundbites about current real estate trends.

However my memory on the matter is unfortunately clear as Swarkovski since, on average, I wrote 4-6 offers per buyer, over asking, no repairs, free rent back, you name it! The list of buyer generosity and hospitality knew no bounds and at the highest prices we’ve ever seen in Northern Nevada & Lake Tahoe. One offer I wrote on around a $400,000 value had my buyer coming in $125,000 over asking price. Here is the really weird part…..

When prices went down nearly 10-15% and the same opportunities arose to own their first home in an otherwise impossible market, an interest rate jump of a couple points literally halted the market an actual stand still. Buyers wouldn’t buy, sellers took their homes off the market or lowered them significantly & the entire market resembled a metaphorical deer in headlights.  So lets put it into numerical & long-form problem solving terms that everyone can comprehend:

Johnny Goodrate offered Sally Savvy Seller $585,000 for a three bed, two bath, two car home in Sparks, Nevada, April 14th, 2022 that was a one story. 45K over asking price, no repairs and with a free two month rent back where he would eat the two-month mortgage payment while paying rent (think this was unusual? Nope, It became an extremely common tactic). Since the appraisal would come back at 545k Johnny Goodrate would come up with $27,250, 5% down on a conventional loan plus closing cost of 6k but then because it was so competitive, he would willingly make up that $45,000 extra to get the house in addition to the 2 months’ rent back out the window providing a total out of pocket cost of $83,250 and a mortgage rate of 4.5% which we will keep simple without HOA and utilities and he’d be paying $3,359 (397 tax, 10 Insurance, 328 mtg Insurance and 2,623 principal + interest). But…. and I have had to have more than one gut wrenching telephone calls like this, Poor Johnny didn’t get the home because 5 cash buyers from California outbid him happily because hey, it’s all relative when they can’t get a 2 bedroom townhome near the bay for 2.5 million when everyone began fleeing California like the Gold Rush on rewind.

Flash forward to Christmas week 2022 just days away from the new year. The interest rate hike that put our market at a standstill nearing 7% have already gone back down to around 6.4% 30-year-fixed rate or 5.97% 15-year-fixed. The very same house became available again due to supply chain delays, repairs not getting completed and the, always fickle, cash buyer seeing crypto take a massive dive, the home failed to sell, spooked the cash investor as the market showed signs of change. Now would you believe it? Johnny Goodrate has the opportunity to buy the same house he was willing to cash in his Israel bonds for, dip into daughters’ masters fund for and even sell his hot August Nights ride to purchase is now suddenly $498,000 complete with repairs, split closing cost and seller will move out on the closing date within 25 days. But by god, what is this I hear? Interest rates are over 6%? Mr. Goodrate and his shortsighted realtor came to the unnecessary conclusion that he better wait…. ahem, EXCUSE me WHAT!?!?

Here is the relativity the old man was talking about except literally an anagram whereas what was too lofty and difficult is now to seemingly easy and not financially responsible until you look again at those trusty numbers nerds love to ramble on about.

An experienced Lender / Realtor would advise taking a fraction of that extra cash he was going to spend to pay over asking and add it to your down payment, so instead of 5% down conventional you are doing 10% ($49,800) + closing cost at half as the seller will now split (3k). So Johnny’s out of pocket cost on the same home is 52K vs 83k with some of that 52K being used strategically to combat the risen interest rate, and it isn’t is if it is going away. It is being relocated into home equity. So now the oh-so-scary jump of 2% is not as daunting, it has actually come down nearly half a point in two months time.

When Johnny tried to purchase in the Spring at a mortgage of $3,359. His new mortgage after a little more cash towards towards the equity and less towards the loan shortfall, is around a $3,339 a month mortgage payment 20 dollars less per month due to strategic loan planning. Even if your mortgage payments was $200 a month higher, how long would you have to pay that to make up a $87,000 price reduction that 7 month time difference allowed? How does 36 years sound? Oi.

So, back we go to my initial message. Everything is relative and there is not the right time there is only the right time for you. Out of every listing where I wrote offers for buyers where their buying power yielded rejection after rejection, this is now the time for sweet, sweet revenge and a fresh outlook as to your ability to be a homeowner in 2023. Some of you are still leery I take it, well here is one last bit of information not commonly known: New homeowners are often eligible for refinancing their loan after six months of purchase. Six months! Half a standard lease period and that interest rate scare that haulted an entire market of uneducated buyers of 6.59 could be down to 4.9 or lower dependent on what financial moves you make in the meantime and how favorable our general economic outlook is, which, historically, with time, will always rebound.

My parents think the quibble is funny when they had a 19% mortgage rate in 1975. Is it just me or would you also rather pay an extra $150 a month to own a home and build equity for 6 months before changing your mortgage? Or would you rather rent those 6 months. Hope rates will go down, pray prices will go down, rain dance that inventory will go up and sacrifice a goldfish that competition will disappear? All the while watching that hard-earned $2000 a month fly out your landlord’s window faster than a government drone.

In closing, my dear, loyal, and sophisticated readership, I encourage you to stay mindful of your needs. Talk to a licensed professional who you trust to give you solid information regarding the REAL impact of higher rates and market trends but more importantly, the many solutions in our arsenal to keep your goals on track and confidence in your moves. 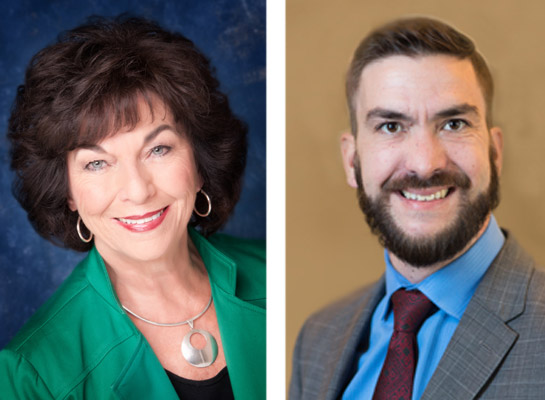